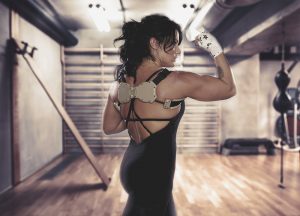 Davis’s Law states soft tissue will heal in the manner in which they are mechanically stressed.

As quoted from Davis’s Law “Ligaments, or any soft tissue, when put under even a moderate degree of tension, if that tension is unremitting, will elongate by the addition of new material; on the contrary, when ligaments, or rather soft tissues, remain uninterruptedly in a loose or lax state, they will gradually shorten, until they come to maintain the same relation to the bony structures with which they are united that they did before their shortening. Nature never wastes her time and material in maintaining a muscle or ligament at its original length when the distance between their points of origin and insertion is for any considerable time, without interruption, shortened.”

This means that over time, soft tissue in the human body will adapt to the loads that are placed on it. For instance, a muscle that is repeatedly stretched will lengthen. Because most major muscle groups come in opposing pairs, if there is a strong and inflexible muscle in one area it may cause the opposite, or antagonistic, muscle to become flexible and weak.

Conversely, tendons that have lost their original strength due to extended periods of inactivity can regain most of their mechanical properties through gradual re-loading of the tendon, due to the tendon’s response to mechanical loading. Biological signaling events initiate re-growth at the site, while mechanical stimuli further promote rebuilding. This 6-8 week process results in an increase of the tendon’s mechanical properties until it recovers its original strength. Keep this in mind when Bladeflex training, as it will be a gradual process, but one that will get you back into the right form!